Oasis are a band that’s always been very close to my heart, having seen them perform at least 17 times over the last two decades. Whilst I’m undoubtedly excited to be seeing Noel Gallagher perform at Cardiff Castle with his High-Flying Birds, I’d be lying if I said I wasn’t a little apprehensive. Following a two-year creative collaboration with renowned producer, DJ and composer, David Holmes, Noel Gallagher will be showcasing a brand-new expansive sound with experimental anthems from his most recent album ‘Who Built the Moon?’. Joined by an array of backing singers and percussionists, it’s ‘half the world away’ from the band that fearlessly took the 90s by storm with their first single ‘Supersonic’ and critically acclaimed albums ‘Definitely Maybe’ and ‘What’s the Story Morning Glory?’. I secretly wonder how Noel will adapt to the role of front man without the confident swagger of his younger brother and endless back catalogue of Oasis crowd pleasers to fall back on. It’s a brave step to take for the Oasis ‘Chief’ so far outside of his comfort zone and in front of so many fans, many of whom will surely be thinking the same as me.

As we approach the outskirts of Cardiff Castle the atmosphere is infectious as fans of all ages fill the castle grounds; relaxing in the evening sun and laughing as they pose for photos in the medieval stocks that overlook the Castle entrance. Orchard have once again done a superb job of selecting another unique and magical backdrop to showcase one of their many prestige acts. Enriched with 2,000 years of history and breath-taking surroundings, Cardiff Castle doesn’t disappoint. As supporting acts Gaz Coombes and Boy Azooga welcome the crowd, I can’t help but notice the variety of people from all ages that have gathered there to see Noel play. The die hard Oasis fans can be seen amongst the crowds of course, some more easily identifiable with their Gallagher inspired hair, khaki parkas and iconic aviators. However, I am surprised to see a noticeably younger crowd compared to those I’ve observed at Oasis gigs over the years. I wonder whether this is a result of Noel’s more recent albums that I have perhaps overlooked a little too quickly.

As Noel and the band approach the stage and dive headfirst into the Psychedelic introduction of ‘Fort Knox’, any feelings of apprehension I felt before fade away. A bold and unforgiving instrumental haunted by reminiscences from ‘Everybody’s on the Run’ and accompanied by powerful ‘Great Gig in the Sky’ vocals, the music wouldn’t sound out of place on a Chemical Brothers album. It’s nothing like Oasis, but it draws you in. As the sun escapes behind the fairy tale castle towers turning the sky into an enchanting shade of red, there is nowhere else I would rather be. The crowd comes alive as the band launch into an energetic and vibrant rendition of ‘Holy Mountain’, the first single released from their album ‘Who Built the moon’. Having originally considered this as a slightly obscure 70s version of Ricky Martin’s ‘She Bangs’, I am pleasantly surprised to discover how great the song sounds live. I was also touched to see my little sister (having never been an Oasis fan) sing along to every word and the surprisingly catchy chorus soon had me singing along with her. As Noel Gallagher’s High-Flying Birds effortlessly deliver a wealth of tracks from their self-titled debut album, ‘Chasing Yesterday’ and more recent ‘Who Built the Moon?’ I have a newfound respect for Noel and the diversity of his music in the years since he left Oasis.

From the opening chords of “Half the World Away” however, I am reminded of the band that changed my world and I sing along to every word as I have done so many times before. “Wonderwall” and “Don’t Look Back in Anger” are huge crowd pleasers as always and you can barely hear the band against the volume of the crowd. I am surprised when Noel delivers a heartfelt rendition of “Stop Crying Your Heat Out”, a song I had never seen him play live before, but this only adds to the magic of the evening and is just as well received by the crowd.

The biggest surprise of the night comes when the band end the set with Beatles classic, “All You Need is Love”. A fitting way to end such a brilliant set-list with a nod of respect to the band that have famously been such a big influence on the Gallagher brothers all these years. After a thoroughly enjoyable evening, I leave the castle grounds in awe of Noel Gallagher and the musician he has become. He appears to have adopted an air of confidence that perhaps wasn’t so noticeable before and his vocals have never sounded better. Another unforgettable event in the most beautiful of settings, Orchard have once again set the bar high for live music events this year. 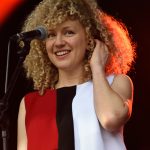 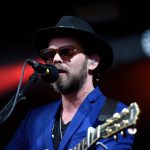 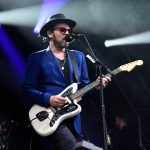 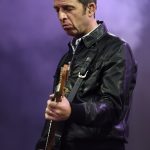 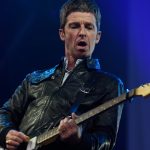 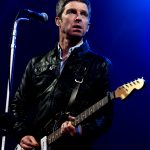 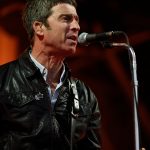 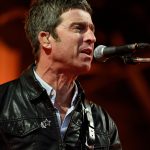 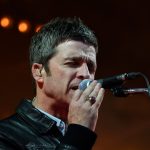 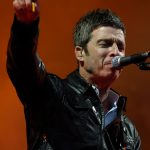 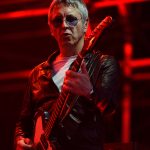 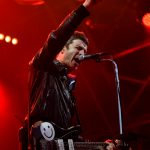