If Friday night was reminiscent of my teenage years; carefree summer evenings filled with brit pop infused indie bands and Bacardi Breezers, Saturday is about to take me back to another era entirely. The hard and heavy southern flavoured rock and roll of Kentucky band ‘Black Stone Cherry’.

It’s been over 10 years since Chris Robertson’s raspy vocals and hard-hitting guitar riffs tore through my speakers one morning whilst listening to Planet Rock’s ‘Breakfast With Alice Cooper’ show. With musical talent way beyond their years and ‘that voice’, I was thrilled to discover that Black Stone Cherry were only on their first album and not another band that I’d regretfully missed out on by being born a decade or two too late.

Black Stone Cherry were the band I’d always promised myself I’d see, yet here I am almost 14 years later about to see them play for the very first time. With the unique fairy-tale setting in the historic grounds of Caerphilly Castle making it almost worth the wait. Opening for what is probably one of the most popular southern rock and roll bands of our time is no mean feat, but one man who’s not one to back down from a challenge is Torquay’s very own Kris Barras, delivering a blisteringly fresh take on the blues that inspired him to pick up a guitar at 6 years old after listening to childhood hero and guitar legend Gary Moore.

With their Nashville inspired blues and no-nonsense ‘Rock and Roll Running Through My Veins’, you’d be forgiven for thinking this band weren’t born and bred in America, sharing flights from across the pond with tonight’s Kentucky headliners. ‘Kick Me Down’ is even more impressive; flaunting the raw musical talent that made the former cage fighter, Kris Barras one of the most played artists on Planet Rock. His earthy vocals and soulful guitar-work combined with a unique and poignant gospel finish differentiates the Kris Barras Band from so many other blues bands that came before them.

With songs that have you singing along on first listen, Kris and Co have clearly got where they are today based on nothing but pure talent and I sincerely hope they achieve all the success they so rightfully deserve. As the band leave the stage making way for our headlining act, I silently pray that Kris lays of the cage fighting for a while and looks after his hands. As to hinder such natural talent would be a crime against rock and roll and have childhood hero Gary Moore turning in his grave.

Black Stone Cherry kick off a solid setlist to be proud of with an exceptional array of hits spanning across their six studio albums. ‘Rain Wizard’ is an ironic song to open with. Chris Robertson’s iconic intro, ‘Here comes the rain!’ echoes throughout the castle courtyard that’s still reaping the benefits of one of the hottest days in July. The pure energy of the band alone is enough to make the crowd follow suite and this is perhaps most evident as they launch into a thundering rendition of ‘Me and Mary Jane’. Fuelled by Ben Wells’ gritty guitar riffs and Chris’ hard-hitting vocals; it’s good old-fashioned rock and roll at its very best.

It can’t be denied, these guys know how to put on an astounding show, both musically and visually. From the striking lighting to the bursts of smoke that fiercely shoot through the hazy skies. At the end of ‘Cheaper to Drink Alone’ drummer John Fred treats us to a menacing drum solo, showcasing his powerful ‘Bonham meats Animal’ drumming style which in itself is a sight to behold. As the band effortlessly rolls into ‘Devil’s Queen’ I’m surprised to see John’s drum kit is still intact.

As Black Stone Cherry move on to their more commercially popular tracks ‘Blame it on the Boom ‘Boom’ and ‘White Trash Millionaire’, you can see how their music has changed since the early days. The catchy tunes have granted them access to a wider audience propelling them to fame here in the UK. They have still managed to retain their signature sound and undeniable stage presence though, and this continues to make Black Stone Cherry one of the best live bands of their generation. From Liverpool’s indie rock band ‘The Zutons’ on Friday, to southern American rockers ‘Black Stone Cherry’ on Saturday, this weekend’s line-up reflects the unique diversity and profound selection of first-class acts that make every event with Orchard feel like the first. 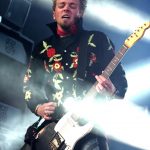 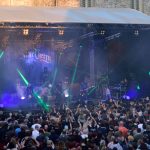 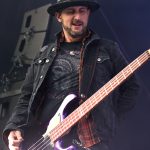 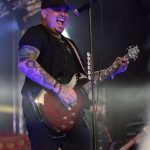 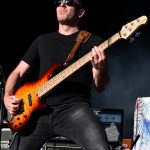 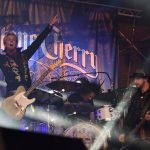