The Zutons at Caerphilly castle.

As we approach the sun-soaked outskirts of Caerphilly Castle it almost feels as though we are coming home. It’s been a year since we were last here with legendary pioneers of rock ‘Thunder’, yet the raw excitement and anticipation radiating through the castle walls remains. Another sunny afternoon tricks us into believing there is a secret dome overlooking the Castle grounds; protecting us from any looming threat of stormy clouds as it welcomes us with open arms. Whilst the number of Orchard gigs we have attended reaches double figures, the three-time regional promoter champions have once again surprised us with a diverse variety of exclusive headlining acts. And what better way to kick off the weekend than an adrenaline filled punk infused performance from Hertfordshire’s very own indie band ‘The Subways’? The Subways ferociously work their way through an energised set list of teenage angst and convivial chaos. With hits including, ‘Oh Yeah’, ‘Girls and Boys’ and ‘We Don’t Need Money To Have A Good Time’, the band’s infectious interaction with the crowd combined with their trademark catchy riffs are the perfect way to start any Friday night. Time flies when you’re having fun and it’s not long before ‘The Zutons’ take to the stage, starting as they mean to go on with the opening track from their debut album, ‘Zuton Fever’. As they work their way from one crowd pleaser to the next, I’m surprised to discover how many songs of theirs I already know and love. It’s hard to capture or define the unique sound of ‘The Zutons’; a distinctive fusion of jazz and country-rock with a dash of psychedelic funk and ska thrown in for good measure. Each song sounds as fresh as it did when it was first released, yet the familiarity of Abi Harding’s sax combined with Dave McCabe’s inimitable vocals bring a delightful wave of 60’s nostalgia. ‘Valerie’ and ‘Why Don’t You Give Me Your Love’ are unsurprisingly well received, yet it’s ‘You will You Won’t’ that ends the evening on an ultimate high with the crowd singing along to every word. From the intriguing grooves of ‘Dirty Dancehall’ (dedicated to their hometown and ‘City of Culture’ Liverpool) to the charmingly sweet and melodic ‘Railroad’; ‘The Zutons’ deliver an exceptional performance whilst retaining the same barefaced energy and swagger that earnt them the fans who are just excited to be there as they would have been 15 years ago. 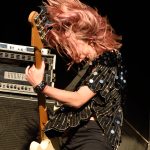 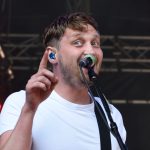 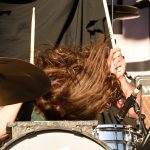 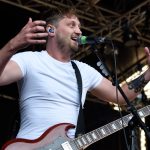 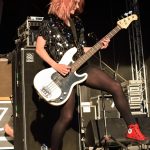 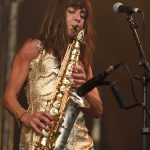 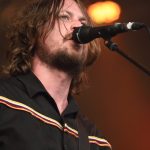 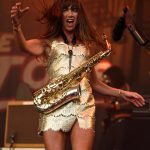 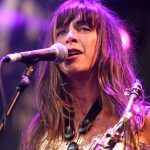 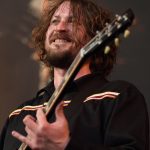 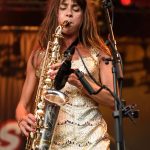 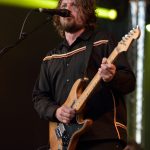